BioSimulators: a registry of containerized biosimulation tools with standard interfaces that enhance the reuse of biomodels

More predictive models could advance biology, medicine, and bioengineering. Building such models will likely require teams who can share and reuse models. Several standards, including CellML, KiSAO, NeuroML, OMEX, SBML, SBO, and SED-ML, facilitate model sharing. To support multiple formalisms such as logical, FBA, and kinetic modeling, these standards include numerous features such as delays, events, and objectives. Hundreds of simulators support many of these features. However, it remains challenging to reuse many models. The incomplete support for these features among simulators and the lack of centralized documentation of the features supported by each simulator often make it difficult to find a simulator for a model. Furthermore, simulators frequently become unavailable when projects terminate, old versions of tools that support old versions of features are often hard to obtain, many tools are cumbersome to install, and it takes significant effort to learn a different interface for each tool.

Results: To facilitate model reuse, we are developing Biosimulators, a registry of standardized containers of biosimulation tools. BioSimulators will help researchers find simulators by tracking the formalisms, algorithms, and formats that they support. BioSimulators will also help researchers use these tools by encapsulating them into consistent command-line interfaces inside containers. By facilitating reuse, we anticipate that the registry will promote more predictive models. Methods: To assemble the registry, we have developed a standard command-line interface and container structure for biosimulation tools; a standard format for specifying the capabilities (supported formalisms, algorithms, and formats) of a simulator; and a tool for verifying the capabilities of a container; and a website for finding containers with specific capabilities. We have used these resources to develop several containers for logical, FBA, ODE, stochastic, network-free, and DAE tools. Future directions: We aim to work with the community to develop additional containers that support other formalisms, algorithms, and formats. We plan to expand the testing tool to verify each container’s capabilities more rigorously. To make it even easier to reuse models, we are using the registry to develop a simple web application for executing simulations. Availability: BioSimulators is openly available at https://biosimulators.org along with examples and documentation. Target audience: Biomodeling community; Investigators who want to quickly try out and reuse published models or access older versions of simulation tools; Simulation software developers who want to easily distribute their simulation tools or compare the accuracy or performance of their tools with other tools; Peer reviewers and editors who want to evaluate models pre-publication. Standards: CellML, COMBINE Archive, NeuroML, SBML, SED-ML, BioContainers, EDAM, KiSAO, SBO 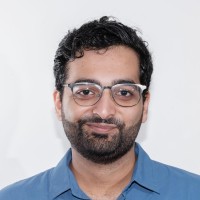